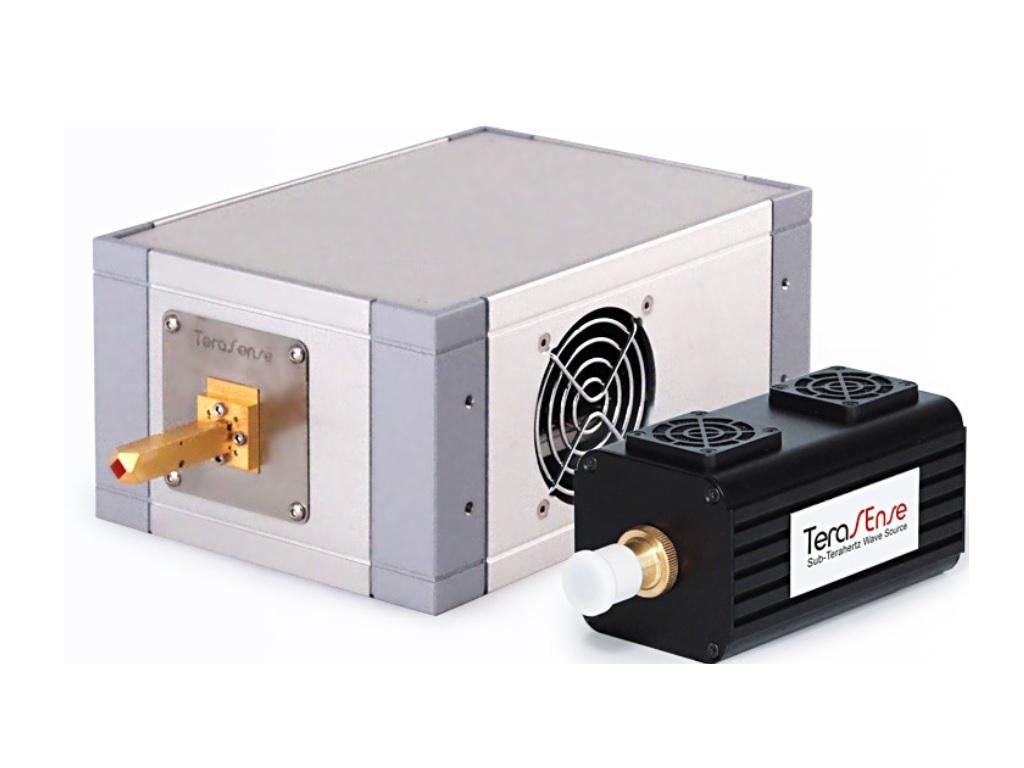 Terahertz radiation – also known as submillimeter radiation, terahertz waves, tremendously high frequency (THF), T-rays, T-waves, T-light, T-lux or THz – consists of electromagnetic waves within the ITU-designated band of frequencies from 0.3 to 3 terahertz (THz), although the upper boundary is somewhat arbitrary and is considered by some sources as 30 THz. One terahertz is 10^12 Hz or 1000 GHz. Wavelengths of radiation in the terahertz band correspondingly range from 1 mm to 0.01 mm. Because terahertz radiation begins at a wavelength of around one millimeter and proceeds into shorter wavelengths, it is sometimes known as the submillimeter band, and its radiation as submillimeter waves, especially in astronomy. This band of electromagnetic radiation can be regarded either as microwave or far infrared.


We have fixed wavelength as well as tunable THZ sources.